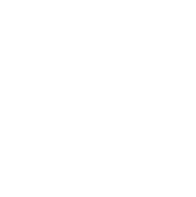 Our 1st century Roman fort can accommodate groups of up to 65 children to spend a day learning about life as a new recruit to the Roman Army and the wider impact of Roman civilisation on life in Britain under the leadership and watchful gaze of the duty Centurion and their assistant.

The day runs with a mixture of group presentations and hands-on activities. Alongside the essential military skills of marching and basic drill, the recruits will make their own oil lamp and learn about Roman writing. They will learn how to find their way around a Roman fort, a little about Roman religion and how soldiers worked together on the battlefield to make the Roman army one of the most feared fighting units in history.

NB. Schools pay a 25% deposit on ALL bookings

Step back in history

Uncover how life in Britain was changed forever…

This website uses cookies to improve your experience while you navigate through the website. Out of these, the cookies that are categorized as necessary are stored on your browser as they are essential for the working of basic functionalities of the website. We also use third-party cookies that help us analyze and understand how you use this website. These cookies will be stored in your browser only with your consent. You also have the option to opt-out of these cookies. But opting out of some of these cookies may affect your browsing experience.
Necessary Always Enabled

Performance cookies are used to understand and analyze the key performance indexes of the website which helps in delivering a better user experience for the visitors.

Analytical cookies are used to understand how visitors interact with the website. These cookies help provide information on metrics the number of visitors, bounce rate, traffic source, etc.

Advertisement cookies are used to provide visitors with relevant ads and marketing campaigns. These cookies track visitors across websites and collect information to provide customized ads.

Other uncategorized cookies are those that are being analyzed and have not been classified into a category as yet.

SAVE & ACCEPT
Scroll to Top

We will be in touch